On the 20th of July, I had the pleasure of attending the book launch for Flight, a middle—grade children’s book written by Dr Vanessa Harbour. Vanessa is an academic and lecturer of creative writing at the University of Winchester, as well as a mentor at the highly prestigious Golden Egg Academy. 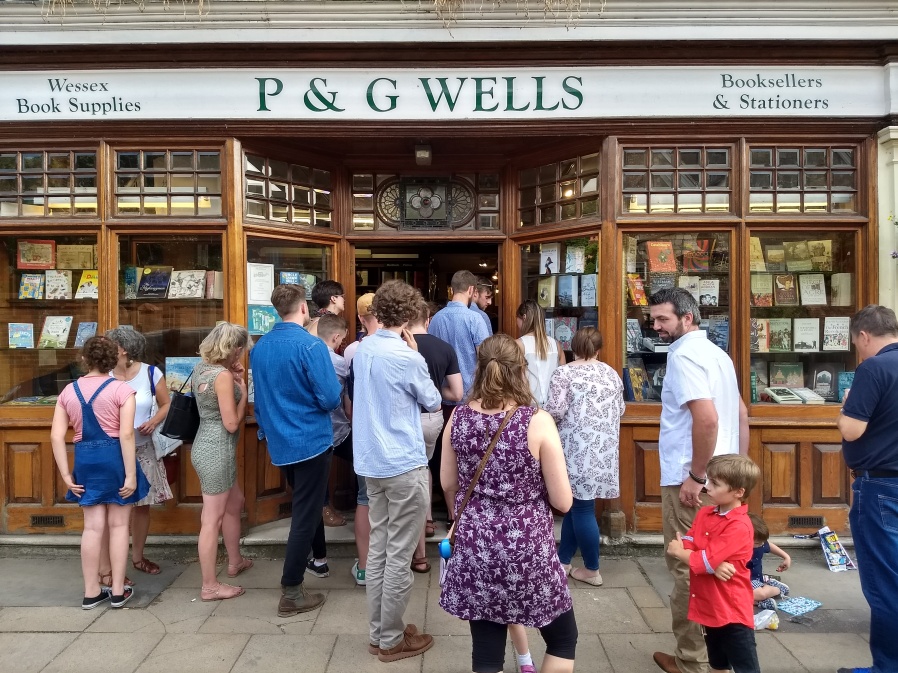 The crowd overflows into the street

In one of the old, quiet streets of the picturesque city of Winchester, beyond the magnificent cathedral and through the old stone gates, the book launch was held at PG Wells, a charming independent book-store with buckets of character. There was no better setting for the evening, as people gathered together in an excitable crowd, surrounded by walls of books. Glasses of sparkling prosecco and elderflower press were on hand, and fellow bibliophiles could all gather together in small groups and catch up before the main event began.

The launch was thrown into motion by an opening speech from Crispin Drummond, who runs the Winchester branch of the bookstore. This was followed by a word from Penny Thomas of ‘Firefly’, the publisher responsible for bringing Flight to us. A hush fell over the crowd, which had grown so large it was spilling into the street, people gathered eagerly around the doorway to hear. Stuck on the very edge of the crowd, and unable to slip closer without getting dizzily claustrophobic, I was privy to only every other word, but applauded loudly as Vanessa was asked to address her adoring fans. 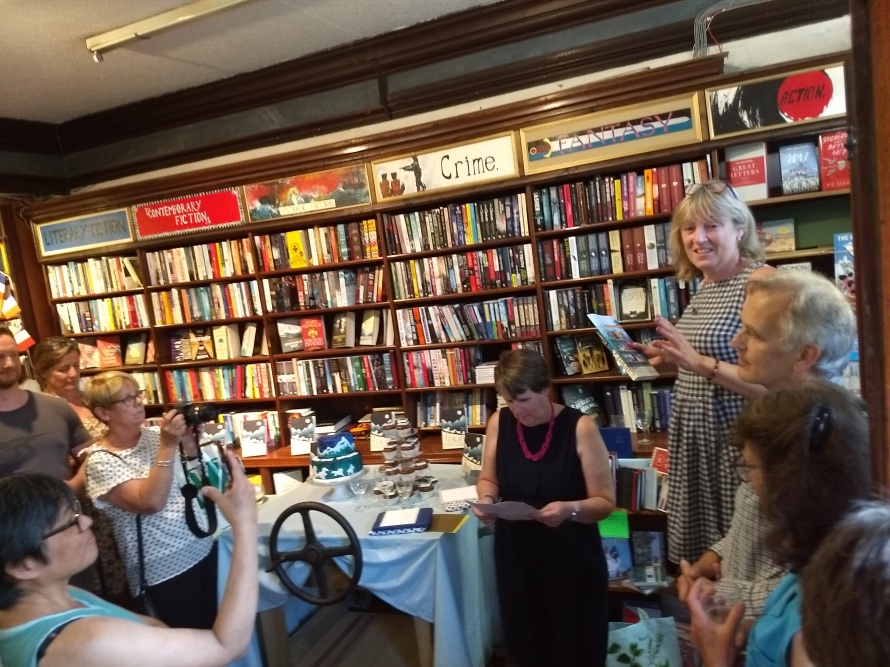 As Vanessa stepped up to speak, she may well have been nervous, faced with so many people. After years of commanding the attention of sleep-deprived, hyperactive and occasionally volatile students however, I doubt there’s any crowd that Vanessa can’t easily charm with her natural warmth and humour.

Disappointingly, I only caught snippets of her speech, as noise in the street combined with my bad positioning meant I wasn’t able to get the whole thing. What I can tell you is that the atmosphere in the room was electric. Peering in through the windows to try and get a better look, all attention was focused on Ness. The address was followed by a short reading from Flight, performed by Sally Ballet.

From the first sentence, my imagination was snatched. Flight feels like a book that was meant to be read aloud—the tension, the description, the strong character voice all mingle together to paint a vivid impression. I had the pleasure of hearing the beginning of the book read by Vanessa previously, but was gripped with the same intensity as before. Vanessa’s natural story-telling ability brings the book to life, whilst the narrative is both original and yet classic at the same time. It feels like a book of all ages—the kind of story that will never really grow old. 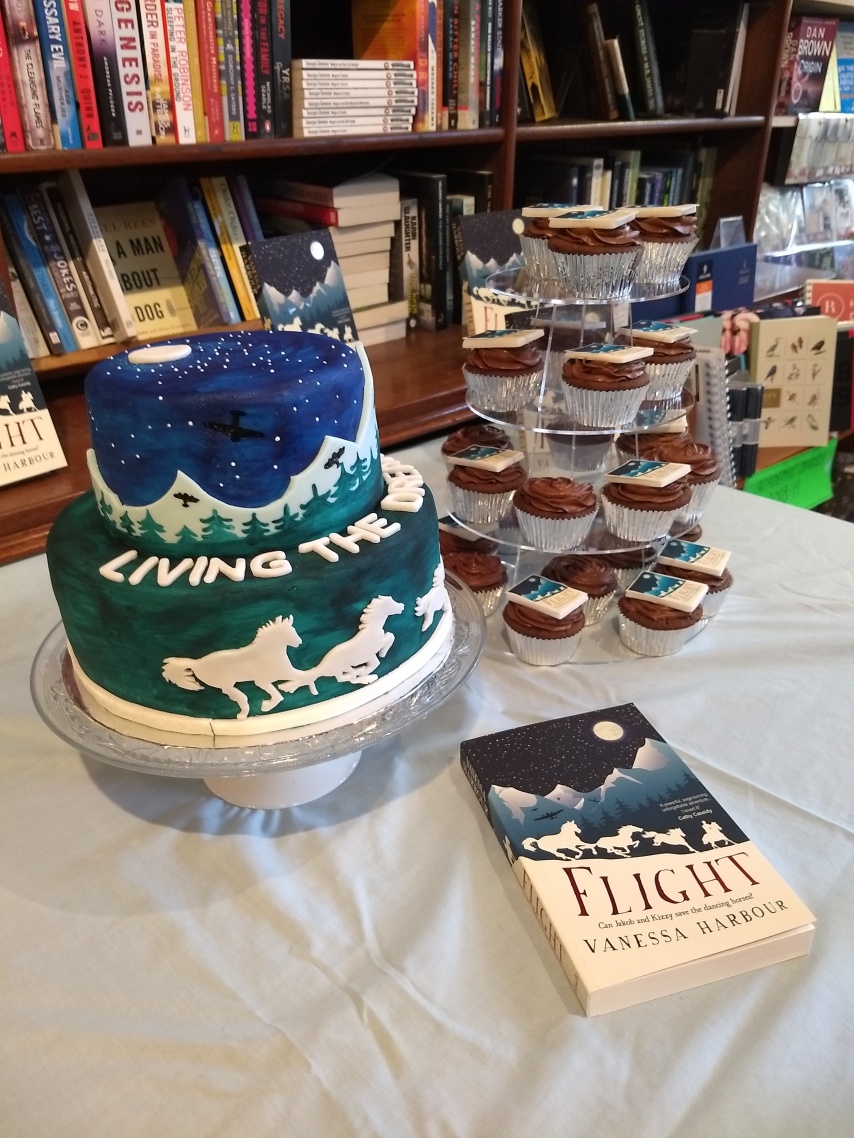 A selection of beautiful cakes

The reading was met with rapturous applause, and then the second half of the launch began. Two large queues formed—toward the till, and toward the author herself. At the beginning of the evening a copy of Flight could be found propped up on every shelf, in every corner of the room, but these quickly began to disappear as copy after copy was snatched up. By the end of the evening, around 100 copies had been sold, with plenty of guests anticipating the arrival of pre-orders they had already put in.

As I queued to see Vanessa, slices of the fantastic cake, which was decorated for the front cover of Flight, were handed out. An amazing book under arm, a glass of bubbly in one hand, and a slice of chocolate cake in the other, my evening was topped off by Vanessa signing my copy of Flight. 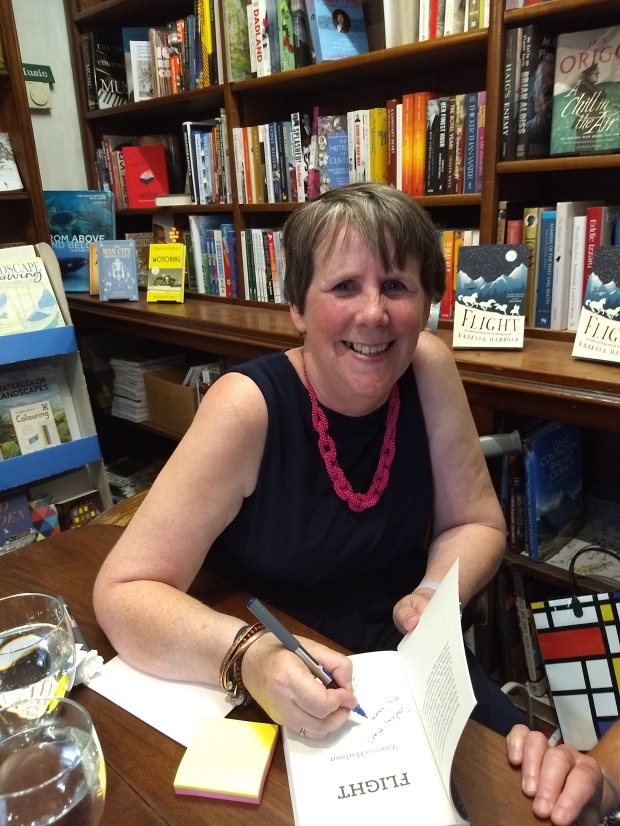 The beaming author herself, signing books

All together, the event was a huge success, and I feel very proud to have been in attendance. A colleague, a teacher and an inspiration, Vanessa has been a role-model to me for years. It was she who introduced me to the Golden Egg Academy—of which many ‘Eggs’ were in attendance to share in Vanessa’s celebration—and it was she who pushed me and supported me through some of the hardest times at University. How one woman can be so full of love, courage and talent I can’t tell, but I feel privileged to have been able to share this moment Vanessa, who deserves every success.

My copy of Flight now sits by my bed, waiting for me to delve back into the 1945’s Nazi-occupied Austria, where Jakob and Kizzy must face perilous odds to save the dancing horses.

Be sure to purchase your copy of Flight from your local bookstore today, or order it online and find out what all the fuss is about!

I wrote the following article as part of a series for Enigmatic Studios to promote our upcoming game A Tale of Three – Loki. The original posting can be found here. 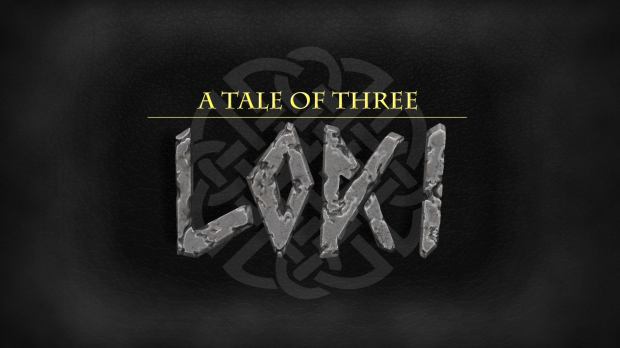 Loki began, as so many characters and stories do, with a question. It was a question about the qualities I felt most represented me as an individual, and about which of those, if I found myself bound into a fictional universe and dosed in magical juju, would define me.

The answer of course, was story-telling. It’s just what I do. And that’s where Loki began.

I feel it worth stressing here that Loki is not, and has never been, just another version of me. She was merely born of a part of me that allowed me and my associates to fill her out and create the world around her. Before we knew anything else about Loki, even before we knew her name, and the world she came from, we understood a fundamental aspect of her: she was a story-teller like all of us. And from there, the rest of it all grew.

The decision to name our bard Loki was based on two elements. The first was the Nordic setting we decided to focus on, feeling that this was the best place to put our bard, and let her flourish. The second was the fact that Loki was a bard, and there is no greater weaver of lies and stories in Norse Mythology, than the mischievous Loki, of whom I have studied for years. Now Loki (the god), has always been of interest to me, not least because of his interpretations in modern fiction – I’m looking at you Marvel – and because of the general understanding of him as a villain. I, personally, have always understood Loki (the god) differently. He – or she, as Loki lived several lives and was want to switch genders and, occasionally, species – was someone who had a greater understanding of humanity than the rest of the Asgardians put together. He lived several lives as a human, going through cycles, living amongst them, weaving tales and spreading mythology, being child, mother and then grandmother. Loki’s purpose, as I saw it, was to be a bridge between the worlds, and to bring the lofty Asgardians down from their high-horses and remind them always of their own mortality and infallibility. He insulted them, he tricked them, he mocked them, and ultimately he destroyed them.

Our Loki, thus, came from a similar mold. Whilst not a god, we chose to make her a Mage, able to use her voice to hypnotise and control, as any good story-teller strives to do in captivating their audience. And just like the god she was named after, Loki too once stood among the powerful and great, and left their lofty halls to live a simple life among humanity, weaving tales. We also gave Loki the same flaws as the god, which is that whilst she is capable, and almost designed to topple the tyrants, she stands the risk of forgetting, or disregarding her own mortality in the process.

And thus, we had Loki’s background, her personality and a basis for the world she lived in. We knew who she was. And that led us to our next question:

If Loki was now living a life of peace, pursuing her passion of storytelling, then what could bring her back into the fray of danger?

The answer to that, well…We got the plot to our game.

To find out more about Loki, and the game, why not follow us on facebook, or find more articles from our coders, writers and artists on blogspot!